Made In Ireland - Aran Today 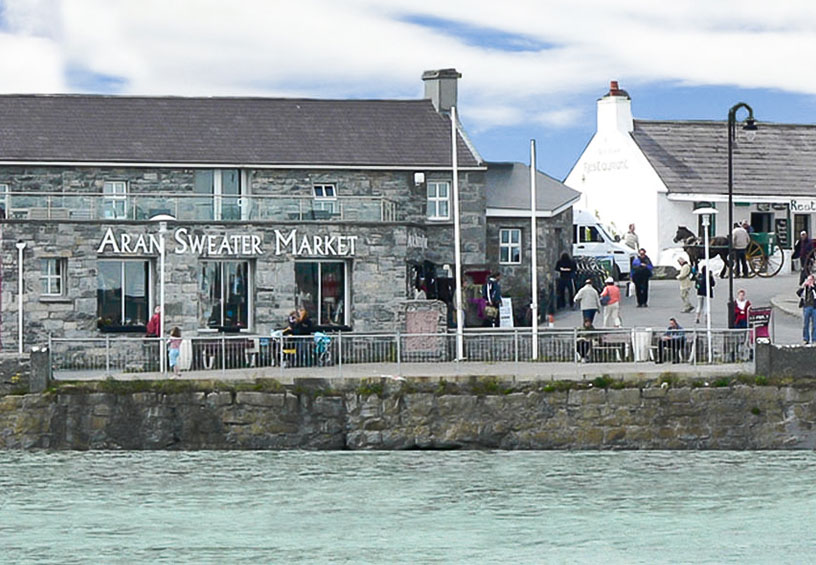 Original Aran knitwear produced and sold by The Aran Sweater Market Ltd on the Aran Islands off the west coast of Ireland has grown from being a cornerstone of the small Island community into one of the worlds most famous heritage clothing brands. With direct markets now in Dublin city centre, Killarney & Galway city as well as the Aran Islands, national and internation resellers and online exports today Aran® is one of Irelands iconic symbols. Working with only the best Irish knitters and designers we bring the beauty of real authentic Aran knitwear to a global audience.

Our Heritage, Our Home

We regard the Aran Sweater as an eternal symbol of the Islands, its long history, unique culture and time honoured traditions. We believe the beauty of the Islands lies in its ability to remain independent from that of modern ways on the mainland. 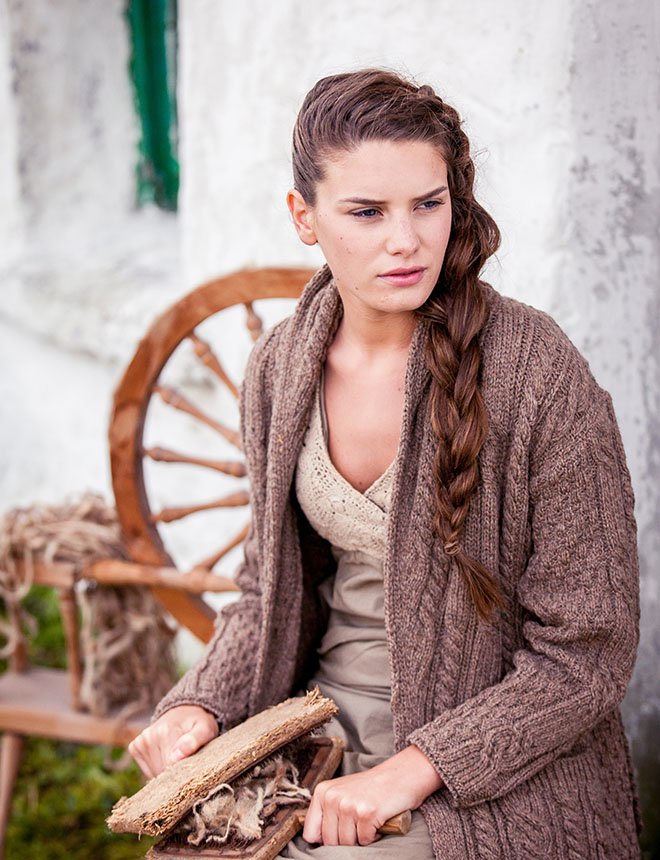 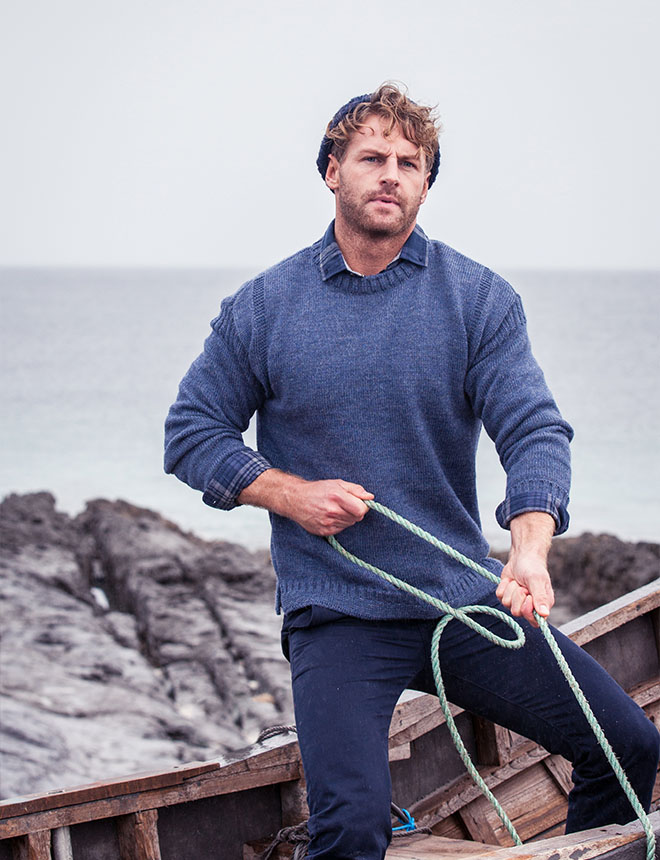 We are driven by a shared passion for the history of the Aran Sweater and see it as our duty to keep the story, beauty and true essence of the sweater and the spirit of the Islands alive. We love to pay homage to our roots through our precious sweaters as well as our brand. We truly believe that buying a sweater is much more than a weather protector or a nod to current fashion statements, but rather an investment in one’s ancestry, a memento of your time in Ireland or a wistful reminder of a magical place yet to be explored. 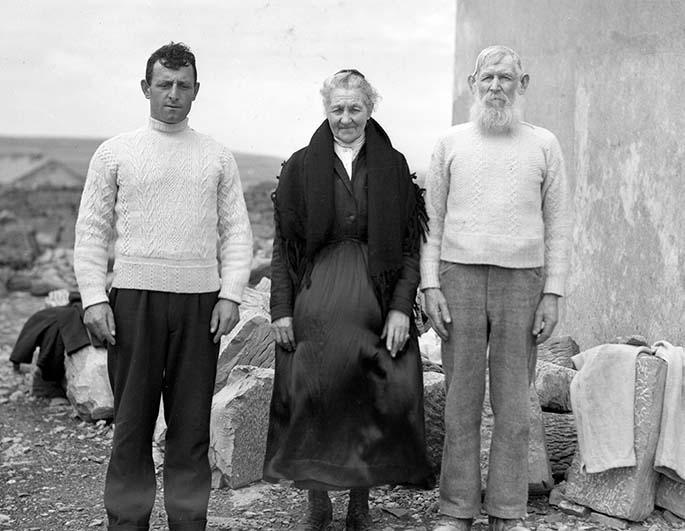 The Aran Sweater has become a growing symbol for Ireland as well as the Aran Islands.

Since gaining widespread popularity in Vogue Magazine in 1956, it has graced the catwalk of many famous Fashion Icons, such as John Paul Gaultier and Kenzo.

Celebrity fans over the years have included Steve McQueen, Steven Spielberg, Marilyn Monroe and Grace Kelly, while more recently contemporary iterations of the traditional designs have been seen on other celebrities from Olivia Palermo, Kate Bosworth, Nicola Roberts and Gwyneth Paltrow to Taylor Swift. 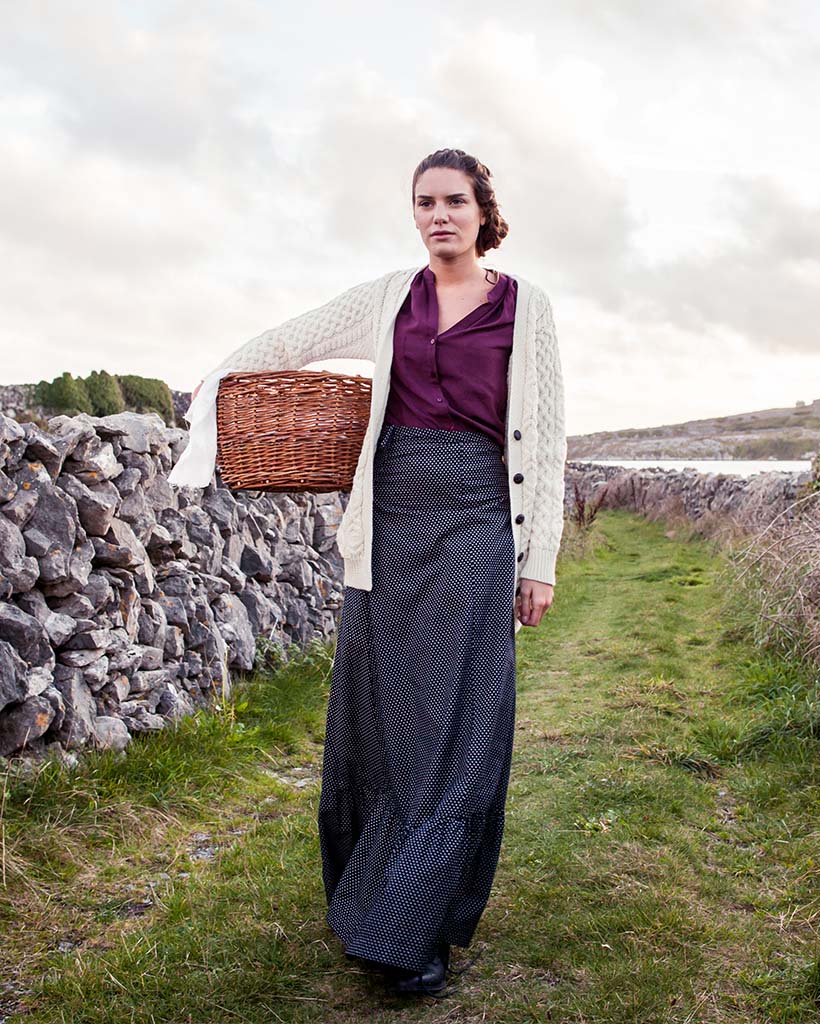 Today, the demand for the Aran Sweater continues to grow. The timeless fashion garment continues to be adopted by highstreet brands and fashion houses alike, as the intricate stitches, magical history and beauty of the original still to this day, captures the hearts and minds of people the world over. 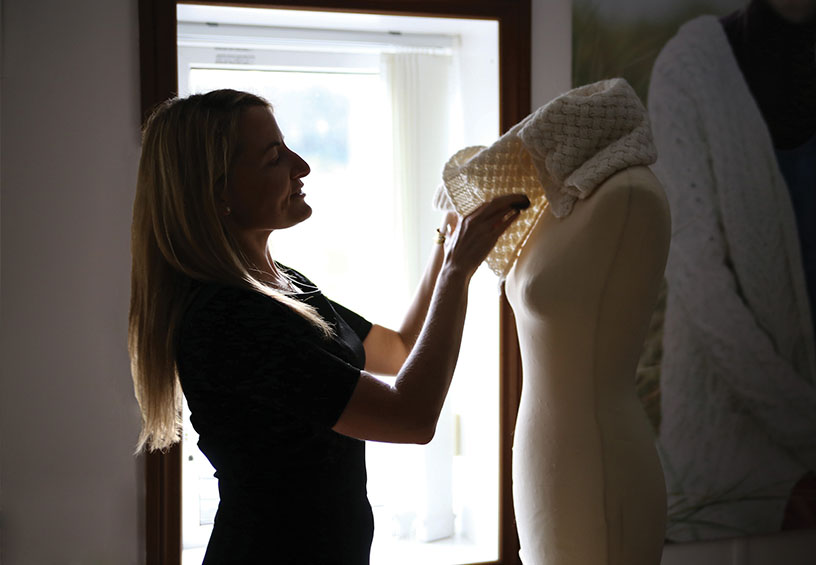 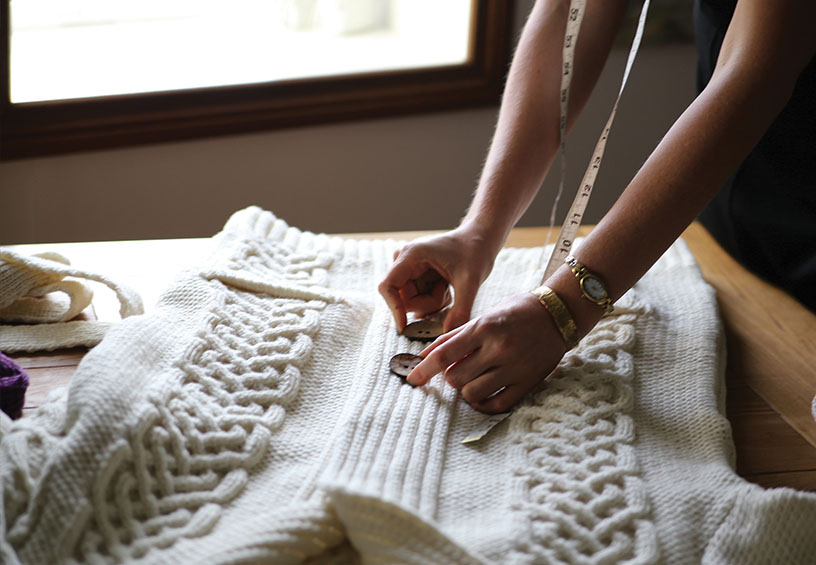 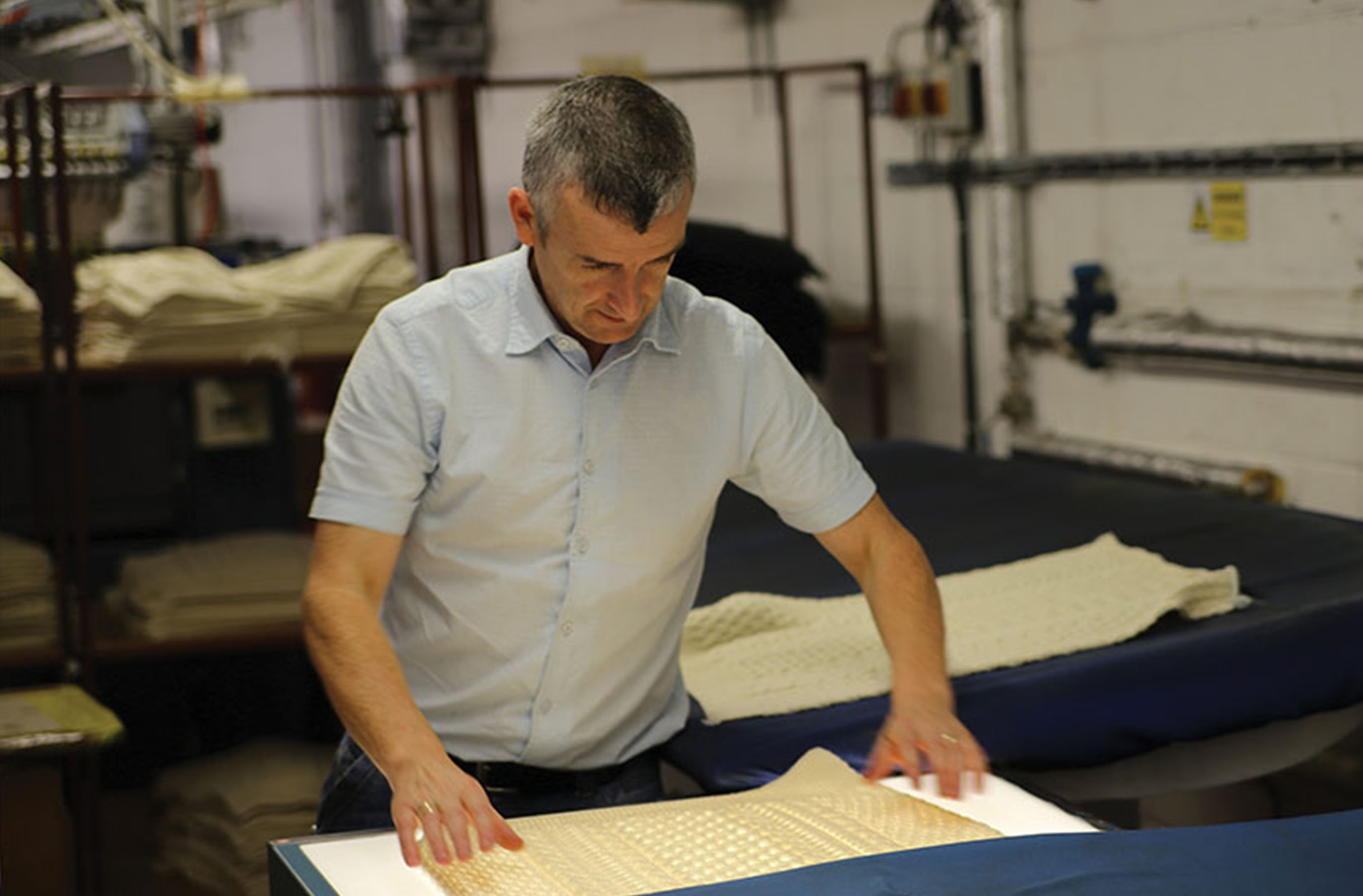 As a craft, the Aran Sweater continues to fascinate audiences around the world. A finished Aran sweater contains approximately 100,000 carefully constructed stitches, and can take the knitter up to sixty days to complete. It can contain any combination of stitches, depending on the particular clan pattern being followed. The lack of skilled knitters, and the economic gains to be had from machine-production of the sweaters, has resulted in a huge fall in the number of hand-knits available. Hand knit Aran Sweaters have become rare and valuable.

They are highly sought after for their quality, their history, and the clan heritage they represent. Despite the huge increase in fashion goods available in Ladies Aran Knitwear, Mens Aran Knitwear and Childrens Aran Knitwear, the Aran Sweater remains an item of timeless beauty, synonymous with pride in an Irish heritage.

As the craft spreads far beyond its humble origins on the wind ravaged islands of the west coast of Ireland, so too does its recognition as a fine work of art and an emblem of Irish Clan identity. 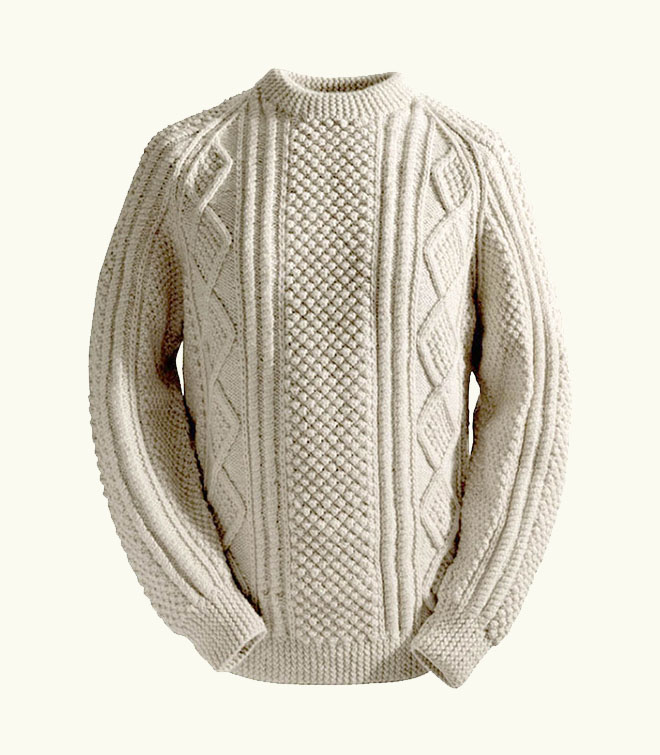 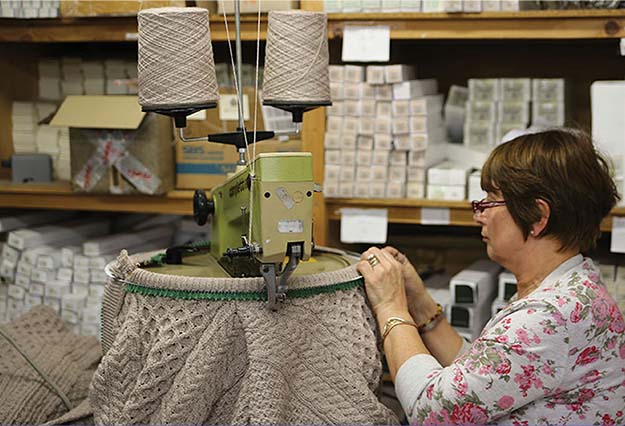 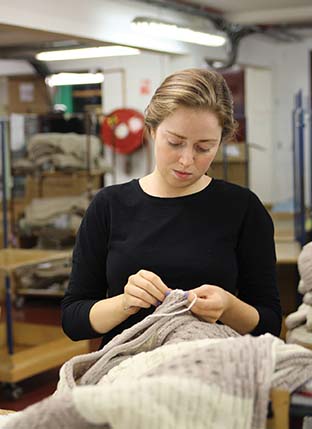 Click here to ready more about the journey of the Aran garment from its humble birthplace right through to its now global fashion status.

You can also visit our sister website, Weavers of Ireland where we pay homage to the ancient craft of weaving and where you’ll find a large selection of Irish tweed and Irish wool woven products