As the world gets ready to celebrate St. Patrick's Day 2020, one of the most defining symbols of this day of celebration, the shamrock, will feature in face painting, caps & hats, t-shirts & sweaters and of course in the traditional bunch of shamrocks pinned to the chest of the wearer.

But while the shamrock is synonymous with Irishness, there are many other symbols of Irish and Celtic heritage that hold deep meaning to Ireland and it's people and have done for centuries even preceding Christianity in Ireland.

Also known as the Triquetra knot or Triskell, the Trinity Knot is believed to be symbolic of natural forces: earth, air and water. On a more spiritual level, it has also been known to represent life, death and rebirth. 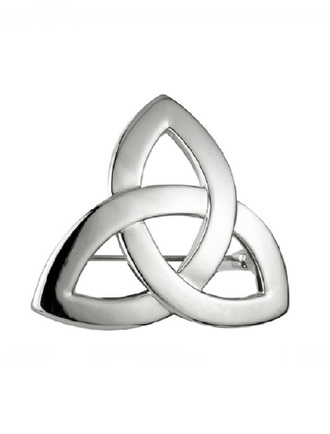 The Trinity Knot symbol was adopted by the early Christians in Ireland as a representation of the Holy Trinity: the Father, the Son, and the Holy Spirit (or Holy Ghost).

The Trinity Knot features heavily in the design of authentic Irish Celtic jewelry and is used in the crafting of earrings, pendants and even rings.

The Tree Of Life symbol dates back to the Celts who believed that trees were the source of all life. This symbol carries additional meaning in the sense that it also represents the Celtic family tree.

The roots represent the beginning of the family, the outer ring denotes the circle of the family, and the leaves symbolise the individuals within the actual family unit.

Similar to the Trinity Knot, the Tree Of Life symbol is used regularly in the design of Celtic jewelry but also features in forms of Aran knitwear such as hats, headbands, shawls and throws due to the eye catching and authentic design of the pattern.

The most common question on the meaning of the Claddagh Ring design is regarding the usage of the heart with the crown on top as the central focal point with two clasping hands either side.

These symbols each have their own special significance with the heart representing the qualities of love; the crown representing the attributes of loyalty and the hands expressing friendship. The decision on which hand and indeed on which finger should not be taken lightly as the positioning of the Claddagh Ring carries its own set of meanings towards the romantic availability of the wearer! 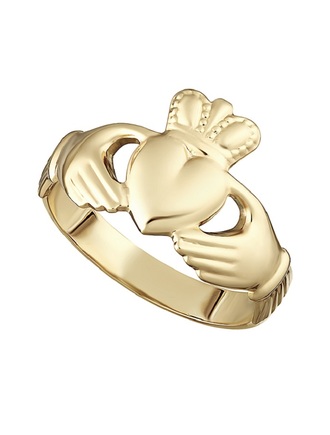 It is therefore only natural that the claddagh design features strongly within Celtic jewelry within the crafting of rings but also within the creation of pendants, bracelets and even earrings.

It is believed that he successfully achieved this concept by merging the life-giving elements of the sun within Pagan beliefs to the symbolic meaning of the cross to the Christian religion by placing the cross on top of the circular sun. 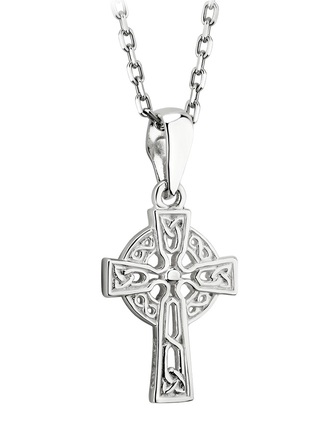 There are still many stone Celtic cross sculptures located throughout Ireland that have survived for centuries with notable monuments at Clonmacnoise in Co. Offaly, Monasterboice in Co. Louth, Kells in Co. Meath and Ardboe in Co. Tyrone.

The Celtic Cross is an extremely popular design that features within general apparel as well as religious merchandise while Celtic jewelry designers continue to draw inspiration from this symbol due to its iconic standing within the minds of Irish people.

So while the Shamrock will always remain the iconic symbol of Ireland, there are numerous symbols that hold deep meaning to the country and to the people who both live here & to the millions around the globe who see Ireland as their ancestral and spiritual home.