With the most romantic day of the year looming, we decided to channel our inner Valentine and explore some of the less well known mysteries of our beloved island of Inis Mór.

Whilst the Island is most famed for its jaw dropping cliff faces such as the protected heritage site of Dun Aonghasa, the weird and wonderful Wormhole (Poll na bPeist), as well as the white sands of Kilmurvey beach, there are many other features and places which are just as incredible. 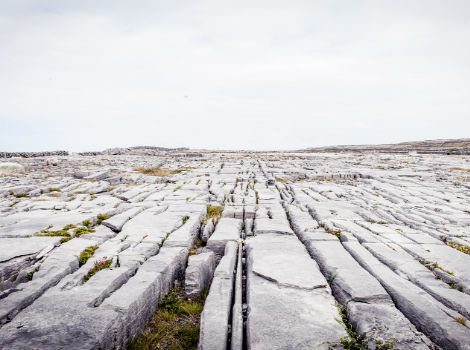 Vast displays of limestone scattered throughout the island and typically in the more secluded areas, are just one such awe-inspiring feature.These marvel wonders add to the Island's unique landscape and when encountered for the first time, can certainly make one feel as though they have been transported to a different planet.

The limestone formations themselves were thought to be caused by a large ice glacier during the ice age which cleared the land of any plants or vegetation. The clints are the name given to the large blocks of limestone and the grykes named after the deep straights which cut dramatically through the rock. These deep straights were thought to be caused afterwards by water eroding the softer parts of the rock.

What remains today are compelling reminders of the power of Mother nature and her claim on the land.

Like the formations, there are many places on the island that directly link the past with the present in a beautiful way. One of our favourite historical sites is the church of St. Brecan, a multi period Church which looks as though it has only just been uncovered. Indeed this site, to the secluded west of the island, could almost be mistaken for an archaeological site in progress. Although perhaps the largest of the church sites on all of the three islands, there is probably the least known about its origins. St. Brecan himself was thought to have travelled to the Aran islands in the 9th century to destroy a pagan king and convert the island to Christianity. 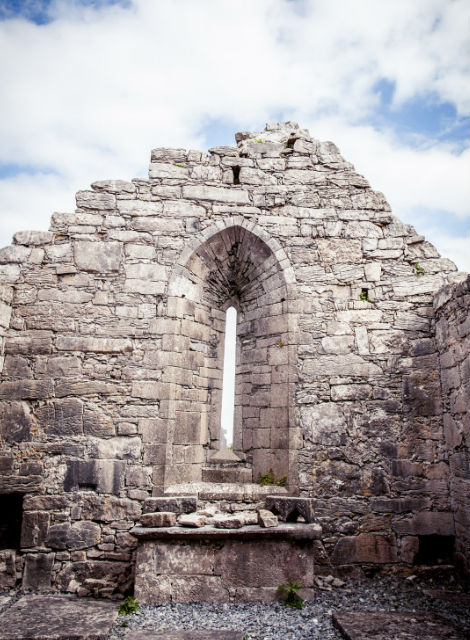 Along with the remains of two churches - St Brecan, as well as Teampall an Phoill, -the church of the hollow - (a 15th century smaller church), there are a number of penitential beds, most notable Leaba Bhreacain and Leaba an Spioraid Naoimh. Also, fragments of crosses whose inscriptions can still be identified, can be found scattered throughout the site. Overall, the grounds offer beautiful views over the Galway countryside and act as a sacred reminder of the island's history and past. 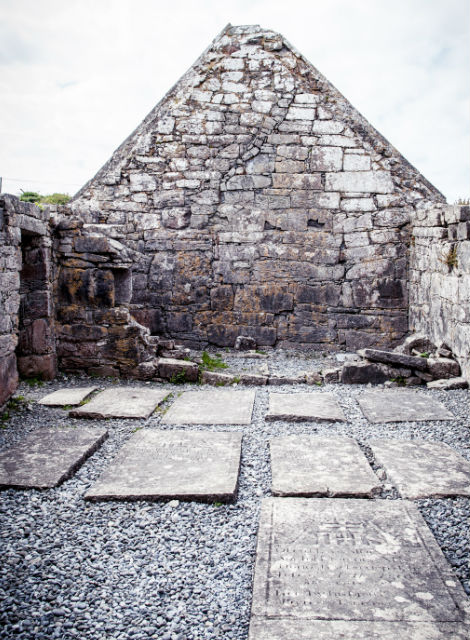 And last but not least, are the remnants of a genuine thatched cottage, the only one left on the Island. The roofs of these cottages were made by overlapping layers of sod on the timber structures. Straw thatch derived from wheat and flax was then carefully cut and threaded by a thatcher. It would often take as many as 5,000 handfuls of straw to complete just one roof!

Almost as intricate and complex as crafting an aran sweater, the art of thatching, was similarly passed down from generation to generation but sadly today is a dying trade. There is thought to be only 1,500 thatched cottages left in the entire country, so we are truly blessed to still have this one on the Island. 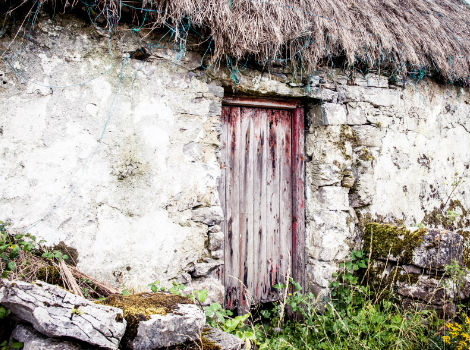 We hope you enjoyed learning more about our beloved Island and some of its less renowned rarities but even the greatest of love stories must come to an end - well for now at least..... 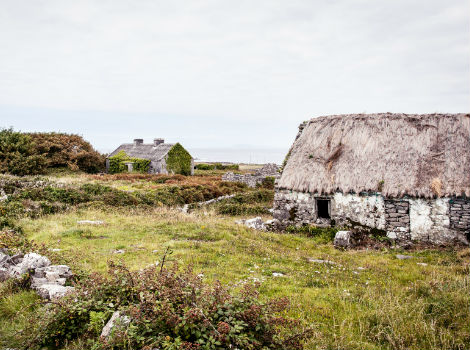