Historic & hugely exciting news has emerged from the site of our new Aran Sweater Market building in Galway City that is due to open in March 2018!

Archaeologists working on the restoration of the medieval 16 th century Aran Sweater Market building on Quay St. have discovered within the first evidence of what is believed to be of a castle dating from the early 13th Century and the oldest stone building in Galway city.

It is believed that the two metre thick stone walls formed part of Dún na Gaillimhe, a castle built by the De Burgo family in 1232. The walls will be preserved and encased in glass, they will be viewable to the public in our new flagship knitwear outlet when it opens in March 2018.

“Aran knitwear is part of the cultural heritage of the Galway region and it is fitting that significant examples of our archaeological and cultural heritage will be presented together in the Aran Sweater Market on Quay Street for all to see. It will be the only location where the oldest and original castle walls are visible.

It's a perfect match and with our heritage knitwear it will form another great tourist attraction for visitors to the entire region. Galway's oldest walls will be preserved and encased in glass, they will be viewable within the restored Aran Sweater Market when it opens in March. The development is located in the very heart of Galway and will further enhance the city's unique culture and character.”

“The walls are inside another medieval building, so we are dealing with 13 th century castle ruins inside the existing medieval building which itself dates from the 15 th or 16th century. It's a rare opportunity to work on a project like this.

The entire site encompasses over 5 different original properties and has been a complex and expensive restoration project for us from a conservation perspective but to know that our new flagship Aran knitwear outlet will now be firmly be part of the living history of Galway is something that is hugely exciting.”

The castle was built along what was then the shoreline of the river Corrib. It was preceded by a wooden stronghold on the same site, which is mentioned in the annals of 1124. It is thought that the building was the starting point for the development of what became Galway city in the centuries that followed. 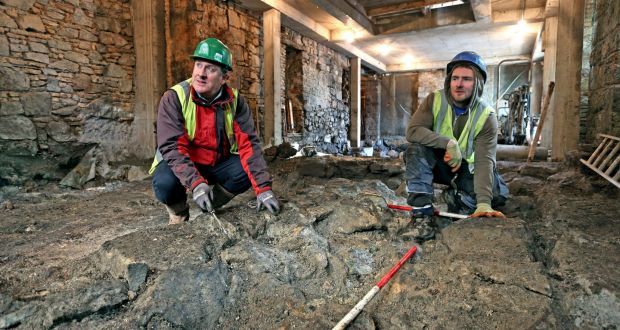 The recently published Historic Towns Atlas of Galway states that the structure had a "major bearing" on the development of the settlement. It would have provided for easy access to the river as well as serving as a strategic defence and a residence for the De Burgos.

Records show that Richard de Burgo's son Walter died in the building in 1271 but the last record of the castle was in 1280. Historians believe that it was demolished around that time and that materials from the building were used in the construction of the Hall of the Red Earl, a short distance away. Until now, that was the oldest discovered structure in the city.

Despite the fact that the castle stood for just under 50 years, archaeologists working at the site say they have found a range of material that will help their research. There is extensive evidence of burning at the site, with charcoal like deposits extending over a considerable area. 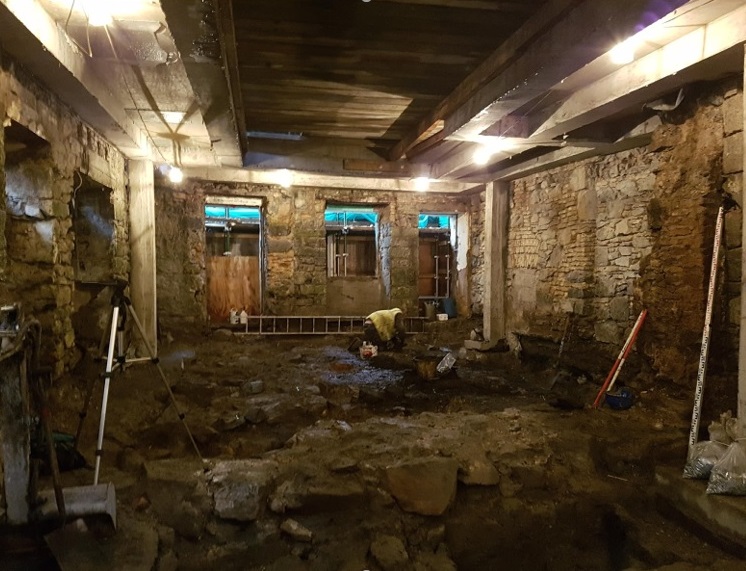 Lead archaeologist at the site Frank Coyne said the discovery is of considerable significance as it provides the first trace of the earliest-known stone fortification built by the Anglo-Normans in Galway. “It’s been fairly amazing, it’s not often that you come across the earliest building in Galway, you can only do that once”

Two adjoining sections of the wall have been uncovered, a little under half a metre below ground level. 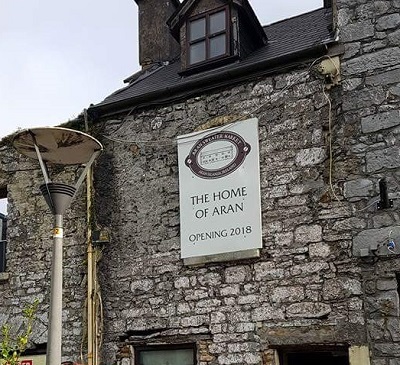 Galway City Heritage Officer Jim Higgins said the construction was typical of the time and has described the find as fantastic news for the city.

Emphasising the importance of the site he stated “We can rewrite the history of Galway. This is the largest urban excavation in Galway since the 90's and it’s a fantastic opportunity for archaeology, for history and for anyone interested in the culture and heritage of the town”. 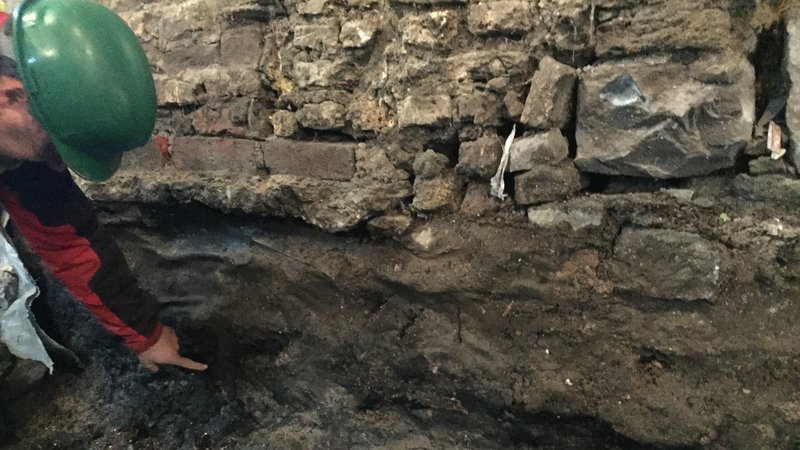 In addition, animal bones, sharpening tools and roof tiles have also been uncovered. These will all be subject to carbon dating tests.

Extensive archaeological surveys have been ongoing since August 2017 will continue at the site for a number of weeks. Work on other aspects of the development is continuing and it is envisaged the new Aran Sweater Market, housed in a magnificently restored medieval building with its ancient castle walls on permanent view, will be open to the public at end of March 2018.